"The necessary thing is after all but this: solitude, great inner solitude...What goes on in your innermost being is worthy of your whole love; you must somehow keep working at it and not lose too much time and too much courage." -Rilke

I've always, always been someone who spends a lot of time alone.

Starting from the age of 9, I was crossing the street and charging up the hill after school to spend hours at home unsupervised. I used these gleeful hours of freedom to get myself into as much trouble and Diet Coke as I could. I especially loved to spy on my neighbors. This was influenced by my utter love and admiration for both Harriet The Spy and Nancy Drew- still some of the most badass babes in literature if you ask me! I carried a Mead black and white notebook around with me for yearssss thanks to Harriet. Partially, it comes with the territory of being an only child and growing accustomed to self-directed play. I was just doin' my own damn thing from such an early age! Which never bothered me in the least because I was sassy and opinionated and I liked to chart my individual path.

I'm basically the equivalent of a broken robot in this modern life: I require constant recharging of my batteries, which has always meant tons of time alone between commitments. Moving outside of the city-the only city I've ever lived in-and into a somewhat reclusive beach bungalow has already been such a fascinating experience. Watching the distance grow between myself and all my standard operating procedures has been so liberating. I'm sleeping like a fucking baby, and that says it all! I know that this moment, this "present", in my life is extremely transformative and powerful. I am so grateful for this magical opportunity to step back into myself.

I feel the warm potential every morning when I wake up. I'm almost aghast to realize again and again that outside of my job and my dog, I have no obligations or plans any day of the week! Somehow it feels so natural and so right, right now. I've surrendered completely to my recurring daydreams about this version of my life, one that denotes even more solitude than ever before, and here I am: pausing to take my pulse every day and asking myself what I feel like doing, and what I want to create. I'm just allowing this chapter to unfold in an unexpected and quietly beautiful way, trusting the process for once, instead of RUSHING.

Turning the volume down on the outside white noise simultaneously turns your inner voice up to a record high pitch... Spend days on end alone and you will start to see what you do and dream up when no one is around to witness/stop you/judge you. Your personal style, your vision, your "je ne sais quoi" as it were, will bloom tenfold in such a small period of time. It will shock you what you are able to hear in yourself when other peoples voices aren't drowning out the sound. What you genuinely desire or imagine when you aren't totally beguiled by repetition and habit.

Being alone is about putting yourself first from dawn to dusk, with no one to answer to. It is also about nurturing and celebrating yourself as you are RIGHT NOW, perfectly imperfect but doing the work. We get so caught up in our issues and self judgements when we are constantly relating and reacting to other people. Because of this it can be utterly shocking to find, in the silence and solace of independence, how much we can actually rely on ourselves. So much power to tap in to!

Alone time is also the perfect opportunity to confront the ego's obsessive need for constant distraction and validation. If you can spend considerable time solo without filling every hole that exposes itself- be it boredom or loneliness or self-doubt- then you will ascend towards that ultimate goal of being happy all by your damn self, because of your damn self. Which by the way...makes a lot of other people around you really happy and inspired in turn! It's this amazing and natural symbiosis that generates greater good. When you witness someone else leaping into the void with faith and confidence, you can't help but be inspired.

Self discovery, the spiritual quest: whatever name you want to give this journey that life centers around, is a solo trek by design. Re-connecting to your self requires solitude, quiet, long periods of uninterrupted thought and dreams, all the while directing your natural instinct back home to stream of consciousness.

Countless influential writers, artists, and philosophers were notorious for spending long periods of time alone, be it in a cave or tower or cabin. I don't think it's random that the wise and influential sages of society were drawn to locking themselves away in order to harness their voice and express it. They heard the calling from deep inside to separate and focus, and they took heed.

Tap into your inner source and radiate originality!

"When I run after what I think I want, my days are a furnace of distress and anxiety;
If I sit in my own place of patience, what I need flows to me, and without any pain.
From this I understand that what I want also wants me, is looking for me and attracting me.
There is a great secret in this for anyone who can grasp it." - Rumi

Posted by Juliet Maurer at 5:00 PM No comments: 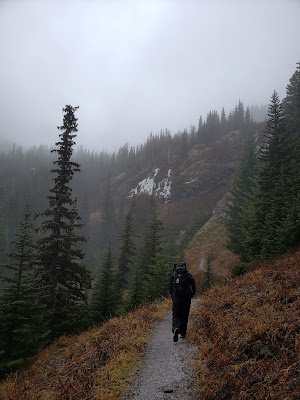