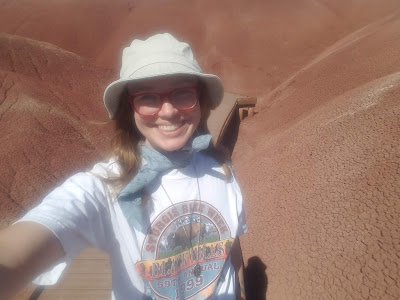 My grandparents moved to Bend when I was a tot so I spent my childhood repeating the lengthy car ride with cousins in tow, whether in line to cross the snowy pass or in stagnant summer heat sans modern air conditioning.

For this trip I circled some areas near Bend that I've always intended to visit. Sick of exclaiming "I've been meaning to..." I set off with a few particular goals in mind. I hit all the places on my list except for local hot springs (I was debating between Bagby and Umpqua). Despite my love for the warming waters, it was too damn hot this week.

Central Oregon is what I would consider the most desert-esque landscape of the PNW. Washington has some dusty plateaus as well- from Yakima to Palousse -but Oregon's central ground is more reminiscent of the quintessential Southwestern desert. Especially on a July day in the dead afternoon. 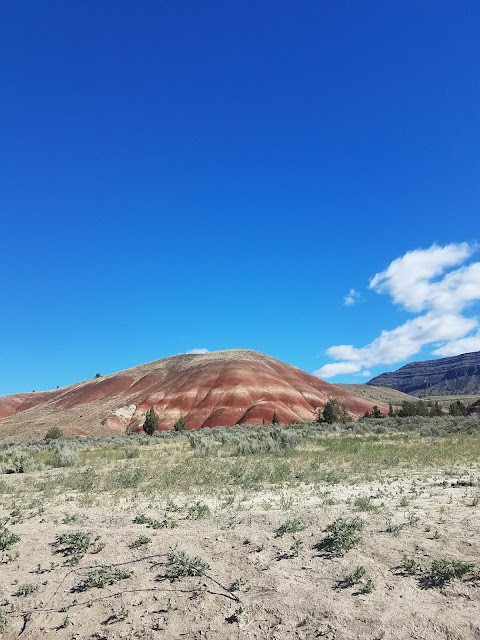 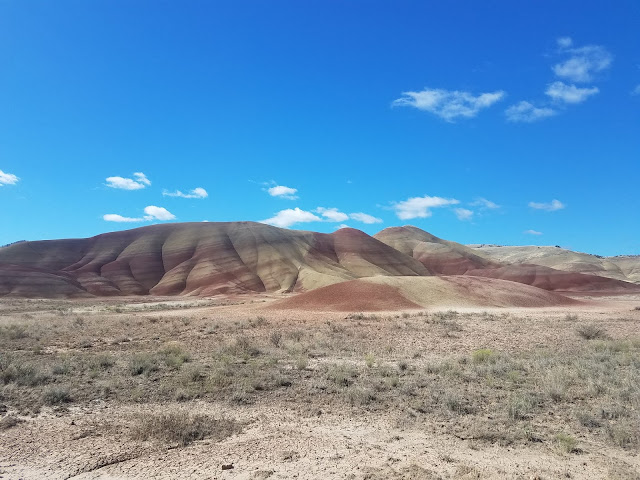 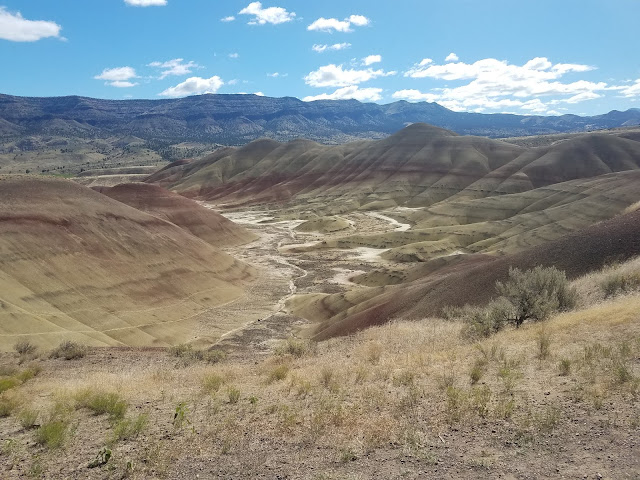 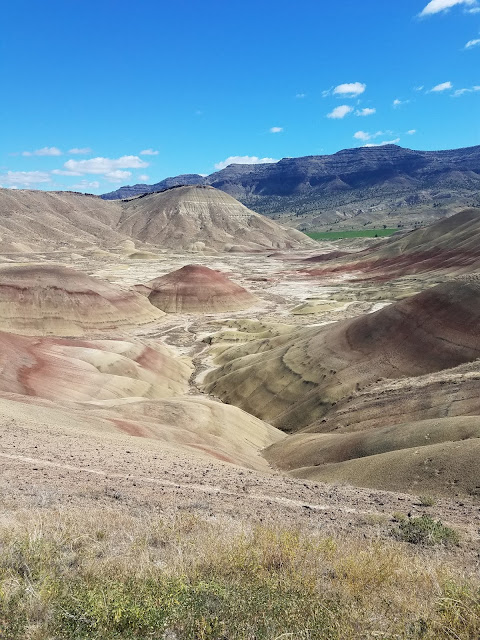 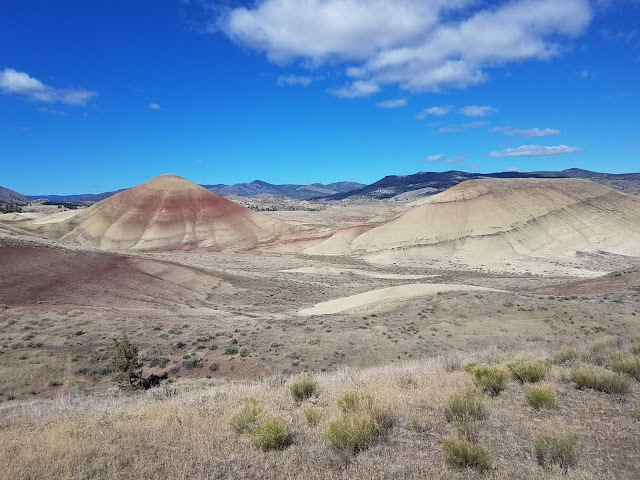 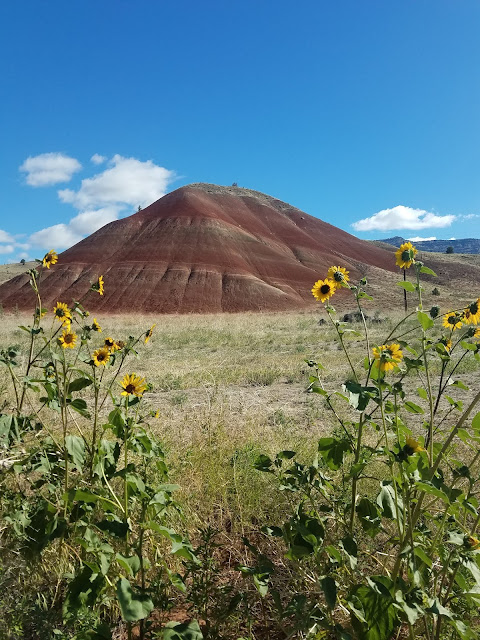 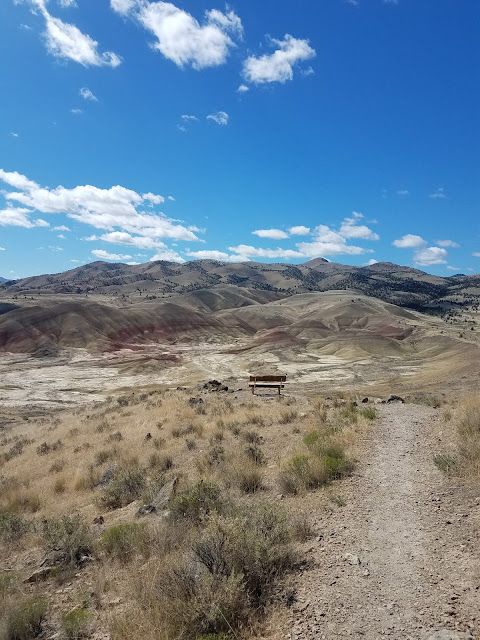 I  love the desert. Maybe we're drawn to the expansive nature of its landscape because it reflects a perplexing emptiness inside of us: a remoteness and separateness intrinsic to our sense of self. Even atoms are essentially space with only the tiniest aspect of matter to distinguish one from the other.
Existence itself encompasses such an unimaginable space/depth and yet the inter-woven, symbiotic nature of the internal and external world reveals itself to us time and time again. The macro and microcosms. As the hermetic philosophers put it, "As above, so below."
Above, below, all around: the hills were a spectacularly unique experience. Without a doubt one of the top highlights of my road trip. The following photos are from the infamous Painted Cove portion, which could serve as the perfect set for an indie movie about Mars. The desert and outer space are perhaps not all that different from one another in their evocation of the infinite. 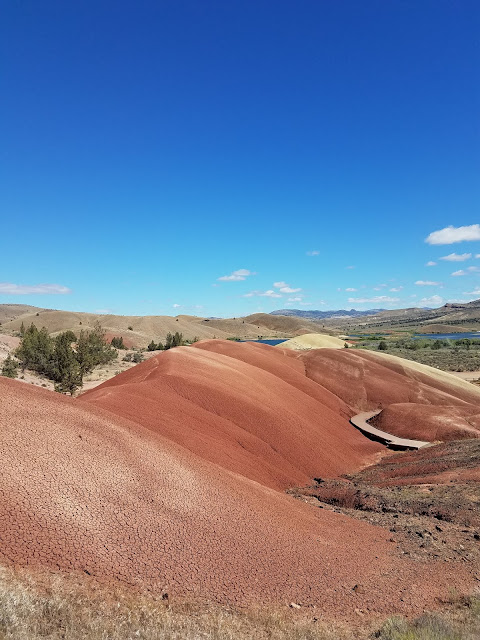 "What draws us into the desert is the search for something intimate in the remote."
- Edward Abbey
Posted by Juliet Maurer at 11:20 AM