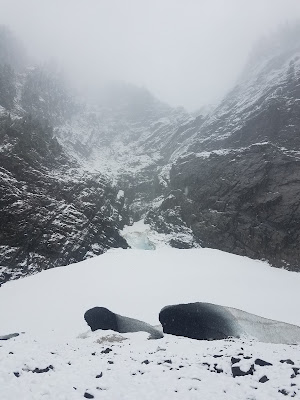 When I was in Elementary school I got realllllly into drama and acting. I joined an after school program called Broadway Bound, took tap classes to be musical-ready, and ended up starring in the Cinderella remake our school did (toot toot, that's me blowing my own horn). Physical evidence of said plays exists in the form of VHS tapes somewhere in my mom's closet, unless the flood she had this year ruined them, which I wouldn't be upset about. I imagine these would be the perfect threat for ransom if found... I've never been one to sing ON key, to put it mildly.

In any case, I remember specifically a play we did through Broadway Bound that had the strangest context ever for a children's musical. It was all about habits, and the theme song to the whole shebang had a chorus I'll never forget "Habits are habit forming, take another drink!"

What. Why. How.. I don't know. Sure seems troubling now. I tried googling this musical and absolutely nothing came up. Something tells me it wasn't actual Broadway material, so chances are it was a one-off production that disappeared into the vast abyss of forgotten memories that existed before the internet boomed.

I'm not sure how I can remember the chorus, since I often forget what I did over the weekend when asked. However habit has been a big focus for me lately. Developing more productive habits and stronger discipline is an essential priority for me in order to see different results in my life. There's a lot I want to do with myself and my time here and well, there's no real time other than now.

You're probably familiar with the old adage that the definition of crazy is doing something the same way over and over and expecting a different result. This new obsession with forming better habits is my attempt to fight my own crazy, as well as my lazy tendencies.

[A great, short video on the power of forming rewarding habits: https://www.youtube.com/watch?v=x1vQx2uIu4s&t=45s]

Recently I had this conversation with the omnipotent energy while taking a bath:

Universe, I said. I am interested in developing powerful discipline. I want to stop getting distracted by other people's lives and motives and focus on my own. I sense that I have a great story or two inside of me, longing to get out. I love allegorical tales and I want to fuse together all the amazing shit I've learned through self/spiritual discovery into a great story that influences others in a positive way. But I can't seem to even find the time to write anymore without important responsibilities getting in the way, especially "duty" to other people.

Well one can scantly call that a conversation since Universe didn't speak back in the moment, but fast forward a few days to an afternoon spent browsing Barnes and Noble, looking for a particular Christmas gift. The Artist's Way appeared on a display shelf in front of me. Aha! I know this!- It's a fairly famous guide book penned by Julia Cameron something like 25 years ago and it's definitely been mentioned to me in passing before. Since I don't believe in coincidence and like to think the Universal All is willing and ready to give me what I ask for, even in the form of a riddle or work, I brought it home.

The Artist's Way is the definition of discipline. I won't go into the specific tenants and details here, because I think it's best left read first-hand. Overall, it's a 12 week commitment to waking up early, writing freehand every morning, weekly artist dates with yourself, and self-exploration projects based on the weekly themes. Overall, it is a proven method for creative recovery. Which is quite frankly exactly what I need.

I used to spend a great deal of time working on creative writing. These days the majority of writing I do is journaling or blogging, which is cool, but not the endpoint I am driving at. Cheers to doing something to move myself forward toward the actual dreamscape in my mind. I will be busy focusing on myself and my creative recovery for the next three months, which feels good.

One habit that passes the test of positive contribution to my life is of course hiking. That won't be going anywhere, and will surely continue to inspire me visually and physically and actually, emotionally as well. It's been a tough season up here already with constant rains, but I did get out this past weekend to test my brand new crampons (Thanks Dad!) on the Big Four Ice Caves Trail. Spoiler alert: There are only two caves formed under the avalanche chute at the base of Big Four Mountain this season.

NO, I didn't go inside the caves, I read signs well and take my life seriously (too seriously, some might say). 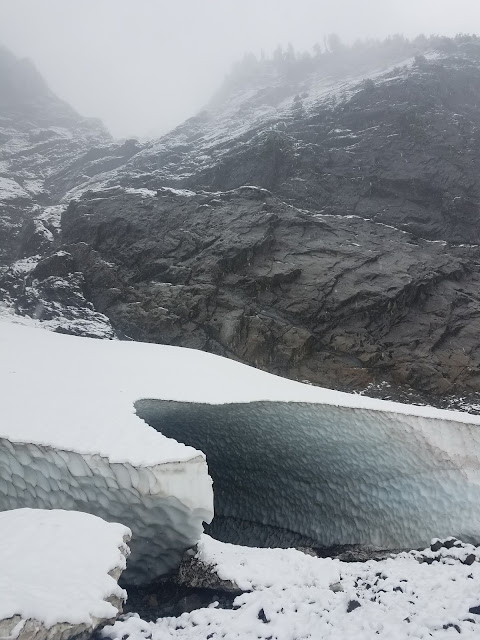 Here's a shot of me from the Lake Serene trail two weekends ago, which Rich and I attempted on LITERALLY the wettest day of the year. We made it about 2.5 miles in before turning around due to my completely soaked feet. 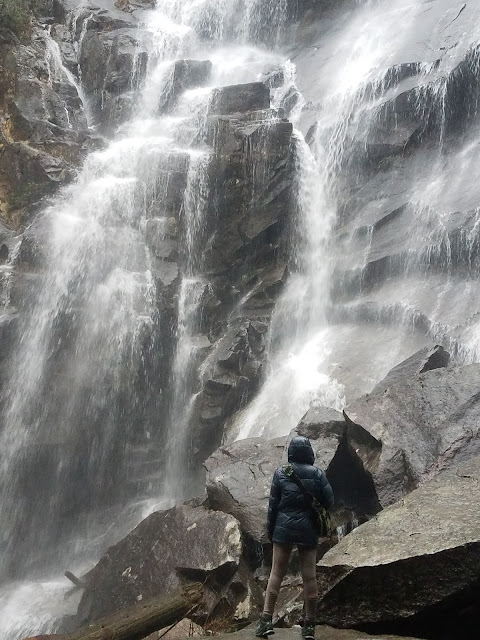 Since I'm out here vibin' hard with Universal Spirit, developing a deeper communication with The All, I will take a moment to share a very specific and highly accurate depiction of my dream living environment at this time. Take note, Universe! 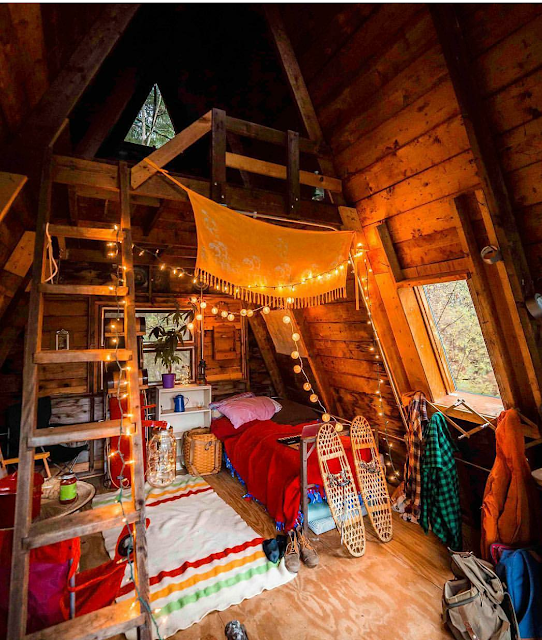 Posted by Juliet Maurer at 1:06 PM

"We don't need nothing but today" I've thought about this line from a favorite (Mac Miller) song so much lately. ... 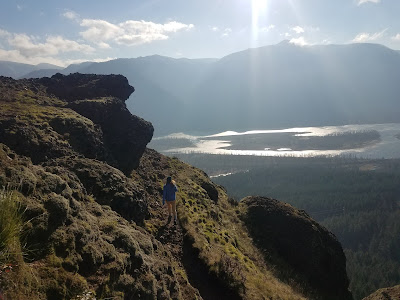